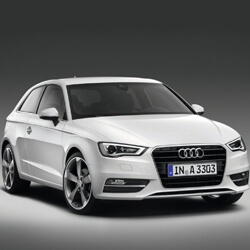 The reports on car theft are sobering – according to an FBI report from 2007, over 1 million vehicles are stolen in the United States every year. This means a vehicle is stolen every 30 seconds! These are staggering numbers.

As an experienced automotive locksmith, we are in the business of preventing car theft. We work hard to provide fast and reliable lock and key services that protect your vehicles, whether it’s a car, truck, van or SUV, or for that matter a motorcycle, against criminal elements.

Follow the tips given here based on our years of experience in the industry on how to prevent car theft;

Tip #1: Never leave your car unlocked. No matter what.

Close to one-third of the car thefts have been reported to have occurred at the residence of the car owner. 20 percent occur in parking lots. The theft generally happens for the simple reason that car owners leave their vehicles unlocked just for a few minutes to run an errand.

They think that nothing would happen, but something always does. It takes a car thief only a few minutes to steal a car. Also, remember never to leave your car running when it is unattended or when nobody is in the car.

Tip #2: Never keep a spare key in an easily accessible spot on the car.

Yes, it can be a deeply frustrating thing to get locked out of your vehicle – but it is nothing compared to having the car stolen. Instead of keeping the spare key in a secret spot, keep the number of a trustworthy automotive locksmith or car locksmith on your speed dial, and call them in an emergency situation.

The absolute worst thing you can do is to keep the car windows open, especially when the car is unattended. It doesn’t take much to entice a car thief. They see the car window open or notice a tiny crack – that’s enough for them to get to work.

Tip #4: Park the car only in brightly lit areas.

Be very careful when choosing a parking lot. Avoid parking lots that are poorly lit and not protected by a proper security. Choose a parking lot that is clearly visible to passers-by. Thieves generally avoid areas that are well light and highly visible.

Tip #5: Install a proper alarm system in the car.

You must have a modern alarm system or anti-theft mechanism installed in the car. Car thieves generally avoid cars like that as they draw attention of the passers-by or any law enforcement officials nearby if the alarm was to go off. Also install a vehicle immobilizer system that prevents the hot wiring of the car.

Find a Locksmith In your area